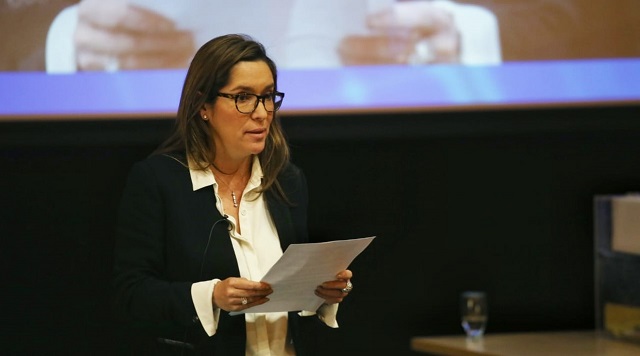 The long-awaited (and delayed) auction of renewable energy commitments took place on February 27, 2019. It failed to connect any buyers with any sellers but MinMinas issued an upbeat press release and given the historic nature of the event, we translate it and provide commentary.

MinEnergy Bogotá D.C. February 26, 2018. The results of the auction show us that projects in Colombia of alternative energies are ready to bring clean energy and at fairly competitive prices and for the benefit of users. The Ministry of Mines and Energy confirmed that the next renewable energy auction will take place in the second quarter of 2019.

“The participation of alternative energy projects makes us optimistic for the road ahead. Today we showed enough supply to meet the demand objective and all the technologies presented competitive prices.” In this participation it was evident that alternative energies can even offer the long-term energy market significantly lower prices than those currently agreeed in bilateral contracts, between generators and energy traders “, explained the Minister of Mines and Energy, María Fernanda Suárez.

She added that “until today, there were doubts about whether these technologies could be competitive or if, on the contrary, to incorporate them we would have to assume higher costs.” The results of the auction show us that alternative energy projects in Colombia are ready to bring clean energy and at fairly competitive prices, for the benefit of users. ”

In the first auction, 12 purchase offers and 8 sale offers participated, after presenting the guarantees of seriousness and being qualified after a strict evaluation of the qualification criteria, by the Mining and Energy Planning Unit, UPME, in the following four aspects: resilience, complementarity, national energy security and emission reduction.

The government’s goal is to increase from 50 megawatts to at least 1,500 megawatts of installed capacity in unconventional sources of renewable energy. The purpose is to diversify, complement and boost the competitiveness of the energy matrix.

Currently, about 70 percent of the energy produced in the country comes from water sources. This makes our matrix the sixth cleanest in the world, according to the World Economic Council. However, it also leads us to be one of the countries most vulnerable to climate variability.

“This is the first time that the country dares to carry out an auction of this type, we take the risk, understanding that in order to innovate and introduce new technologies, learning curves are a fundamental part to ensure long-term success. the introduction of new sources of generation is essential for Colombia’s energy future and now we are closer than ever to make this dream of all Colombians a reality, “said the Minister.

Countries such as Germany, India and Brazil are among the 5 in the world – along with China and Spain – that have more renewable energy incorporated into their generation matrix, through long-term contracting auctions. These three countries have had auction cases without adjudication, but have advanced in the learning curve.

The National Government will continue to work to change the future of the new generations, to give them the opportunity to have a cleaner, safer energy matrix that guarantees efficient, reliable and sustainable energy at the service of all households.

Bottom-Line: The bulk of this press release was no doubt written long before the event. Its positive tone makes it look like the auction succeeded. We had to read it several times to make sense of it, given press reports saying that the auction failed.

According to El Espectador, the offers failed to meet the CREG’s criteria for competition and market dominance.

This information is missing from the MinMinas press release. More importantly, it is missing any next steps. It says there will be an auction in the second quarter but what will the government do to assure that the same problems do not arise again?