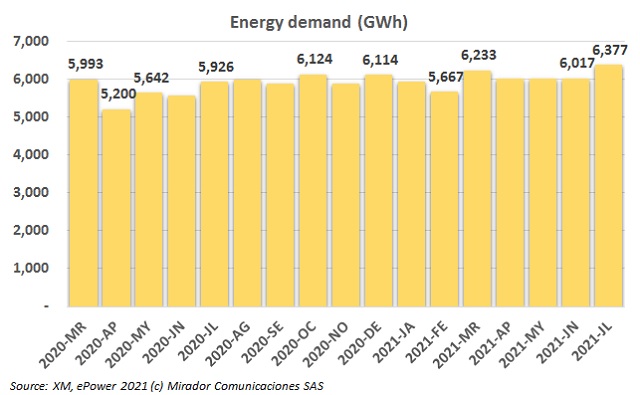 XM, operator of the National Interconnected System (SIN) and administrator of the Wholesale Energy Market (MEM), reported on the behavior of this metric in July 2021.

The Operator explained that the regulated market represented 68.45% of the total demand in July; this metric was 4,341GWh in July 2021, while it was 4,086GWh during the same period previous year.

The unregulated market represented the remaining 31.55% of the demand, increasing 11.8% to 2,001GWh in the same period.

“It is important to highlight that the maximum value of demand in the history of Colombia was reported on July 21, 22 and 23, with an average value of 218GWh-day,” Zapata said.

Bottom-Line: Demand is starting to show a positive behavior, after the national strike, demonstrating the country’s economic reactivation.