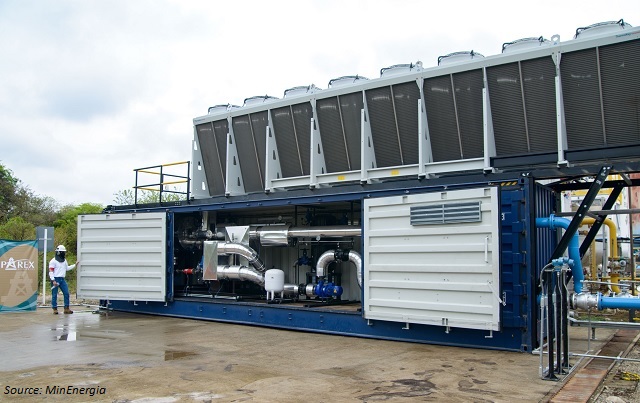 The Ministry of Mines and Energy and Parex Resources (TSX: PXT) announced the start of the first pilot of power generation through geothermal energy.

MinEnergia said that this project is one more step in the energy transition process, Portafolio reported.

The project will be developed in partnership with the National University of Colombia (UNAL), Medellín. This is a pilot project for the co-production of hydrocarbons and electrical energy from geothermal resources in the Maracas field.

The main goal is to leverage the high temperatures and volumes of water resulting from the production of hydrocarbons, to generate energy through specialized equipment installed on the surface.

The project will produce approximately 100kW of energy, replacing 5% of the field power currently generated from fossil fuels.

“The country’s energy transition is a reality. Projects like this geothermal pilot are an example of how the policy implemented by the government has generated attraction to continue diversifying the generation matrix,” MinEnergia Diego Mesa said.

In addition, Parex is making progress on a second pilot in Campo Rumba, and on the construction of a 3.5-hectare solar farm in the department of Casanare, with the capacity to generate up to 3MWp.

“We are certain that this project will promote new research, development and implementation initiatives to advance the climate change strategy,” Parex’s Daniel Ferreiro said.

Bottom-Line: The oil sector continues to show that it can be an important ally in the energy transition process.