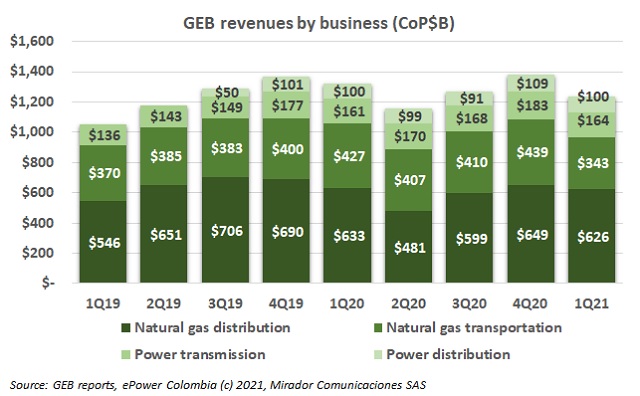 The Bogotá Energy Group (GEB) announced its operational and financial performance for 1Q21.

The natural gas distribution segment accounted for 51% (CoP$626B) of total revenues during 1Q21. This metric decreased 1% compared to 1Q20.

“Reduction in revenue from pass-through (gas, transportation, and network expansions – US$5.2M) due to the contraction in demand from customers caused by Covid-19,” the company explained.

“Transportation revenues decreased due to lower contracted capacity of the Ballena-Barraca pipeline, following the expiration in Dec-20 of 205mmcfd of capacity that had been contracted since 2012,” the firm said.