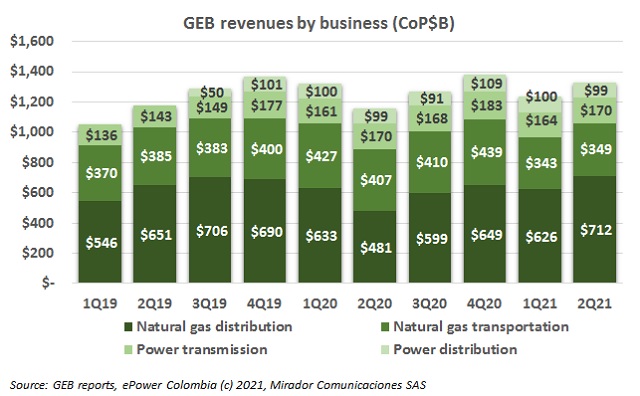 The Bogotá Energy Group (GEB) announced its operational and financial performance for 2Q21.

The natural gas distribution segment accounted for 54% (CoP$712B) of total revenues during 2Q21. This metric increased 48% compared to 2Q20.

“99.5% of EBITDA was generated by controlled companies and the remaining 0.5% corresponds to Argo’s dividends declared in the quarter,” the firm said.