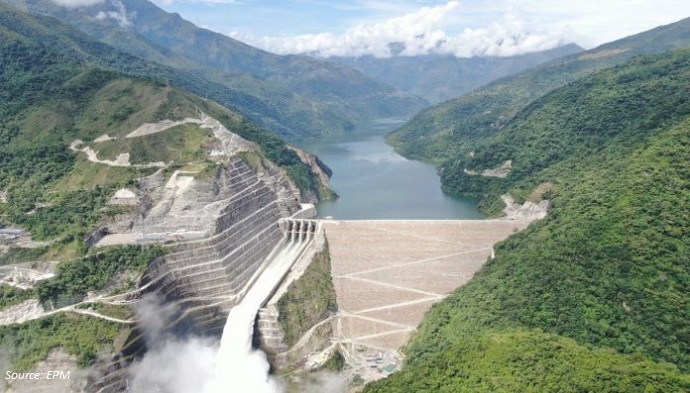 There are 7,500 people working in shifts 24 hours a day, seven days a week, to get the first turbine of the hydroelectric power plant up and running by June 2022, Valora Analitik reported.

The three fundamental structures of Hidroituango are the dam, the spillway and the generators.

The dam is ready, the spillway is operating normally and the goal is to complete the installation of the generating units to guarantee the operation.

The water flows through the pipelines, down 120-meter-long wells, enters the spiral chamber, produces electricity, and then exits through the suction pipes and, subsequently, to the river.

Six power transformers have already been installed for the start-up of the first two units.

William Giraldo Jiménez, EPM’s Vice President of Energy Generation, said that units one and two will enter service in 2022, in June and November, respectively. The other two will begin operating in 2023.

“The entire north powerhouse area is in perfect condition. There is delicate work to be done, but it is included within the additional CoP$2.1T budget,” Giraldo said.

Giraldo said that EPM is looking to place the spiral chamber of unit one by the end of July, as well as the second 300-ton bridge crane.

“We have all the equipment in the project. Six power transformers have yet to arrive from China, which are part of the 19 transformers destroyed in the emergency,” Giraldo said.

Bottom-Line: EPM is making a great effort to advance in this important project for the country to guarantee the supply of energy in the short and medium term.

It is positive to hear that the works are progressing satisfactorily and we hope that this trend continues so that the plant can start operating as soon as possible.