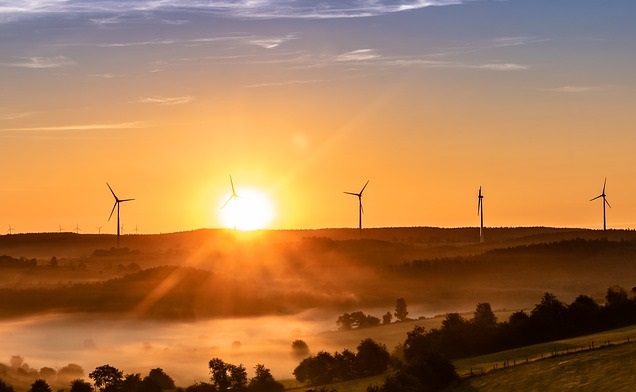 The South America Energy Series 2019 (SAES19) took place in Bogotá. Diego Mesa, Vice Minister of Energy, participated in this event and he spoke about the use of renewable energies, Colombian’s energy matrix and government goals for this sector. HCC attended the event and we bring a brief summary of the meeting.

Mesa said that the use of renewable energies is doubling every four years, confirming their great future. He recalled that Colombia had no participation in unconventional renewable technologies a few years ago, excluding hydro generation.

He said that the “myth” that these technologies are uncompetitive due to their high cost is over, since the prices of wind and solar energy have decreased considerably in the last four years.

Mesa said that the Colombian energy matrix is very clean, but the problem is its high dependence on hydroelectric generation (71%).

“The goal is to complement the matrix including unconventional renewable energies. The country has a huge potential in wind and solar radiation,” highlighted Mesa.

He pointed out that solar radiation in the department of La Guajira is 60% above the global average.

Mesa said the government is committed to driving the growth of these energy sources and authorities created an energy plan based on efficiency, reliability, coverage and sustainability.

The Vice Minister recalled that authorities have taken measures to attract investment to the sector such as the deduction of income tax for investments in renewable energy projects, exclusion of VAT in the acquisition of solar panels and zero tariffs for electric vehicles, among others.

Mesa said that these sources will have a 6% share in the energy matrix in 2021, thanks to the reliability auction, but the goal is to increase this figure to 8% or 10% with new auctions in 2022.

He commented that natural gas plays a key role in the energy transformation process as well.

“Natural gas is a backup fuel and can play an important role in the Colombian energy matrix,” Mesa said.

Bottom-Line: Renewable energies are the future, and the government should promote the energy transition in an orderly manner with much planning to avoid trauma.

Colombia’s solar and wind potential is huge, but authorities must offer attractive conditions and a solid regulatory framework to attract investors’ interest.