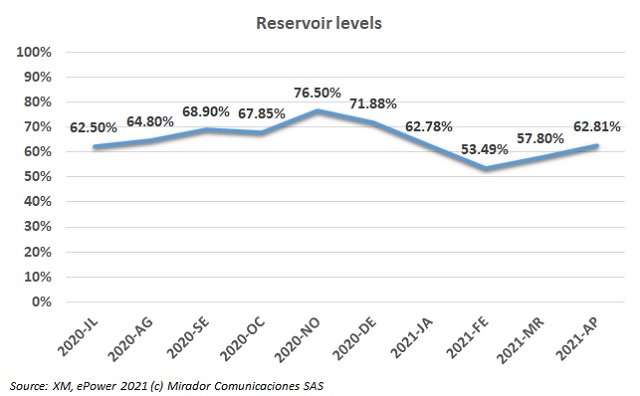 XM, the operator of the National Interconnected System (SIN), announced the average water level of reservoirs behind power dams in Colombia.

The region with the highest water contributions was Oriente with 143%, followed by Caribbean (137%) and Antioquia with (108.7%).

XM’s Jaime Zapata said that Colombia imported close to 174GWh in April, presenting an increase of 5% compared to the previous month; this is within the framework of the International Electricity Transactions (TIE) with Ecuador.

Bottom-Line: Reservoir levels are better, but the need to diversify the energy matrix is still present.

Colombia needs to reduce its dependence on hydroelectric generation. The government must boost projects of natural gas, solar and wind to achieve it.