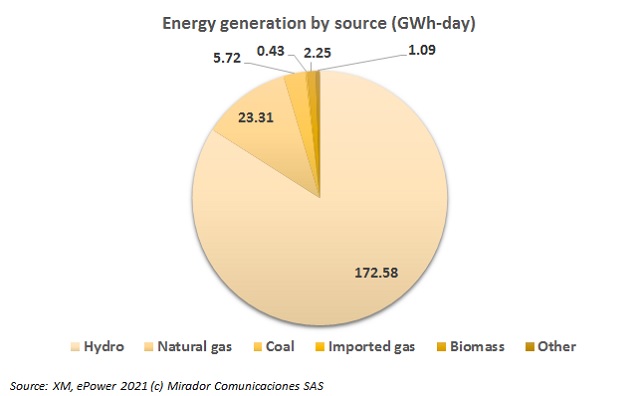 Total non-renewable (fossil fuel) generation for the month of July was 29.53 GWh-day, 9.44% more compared to the previous month.

Gas was the largest contributor with 78.93% of the non-renewable resources segment, equivalent to 23.31 GWh-day average; followed by coal with 19.37% or 5.72 GWh-day average. Imported gas and liquids represented the remaining 1.9%.

“This allowed us to store energy in the main reservoirs of the National Interconnected System (SIN), closing the month with a reservoir level of 85.98% of the daily useful volume. These levels allow us to supply electricity service in the country in a safe and reliable way,” Zapata said.